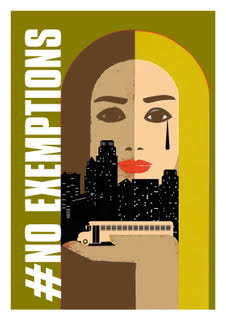 #NO EXEMPTIONS is a play about the last ninety minutes of one woman’s life. This is future environmental Armageddon as experienced by one family, in one city, at one time. It is a mother’s lament, a poet’s surrender, a child’s rebellion and a narcissist’s appreciation of good lipstick…
In this crisis we see the humour of what we value at the end, the strength of our love for each other and the tragic consequences of old mistakes.

#No Exemptions, a new work for theatre, explores a dystopian vision for humanity that is not predictable, but a savage critique of current privilege and inequality—with a twist- and not without humour. Told from the intimacy of one family’s crisis and isolation, the play is a compacted moment in time in which unfolding events are the result of an already projected environmental collapse from climate change, pollution and over consumption. No amount of privilege can protect anyone from the consequences. #No Exemptions is a bold, confronting and provocative statement of human equality. We all share one world.

This project has been assisted by the Australian Government through the Australia Council for the Arts, its arts funding and advisory body

In the not too distant future, global environmental collapse triggers wars,
the movement of millions of people, failure of mass food production and the breakdown of democracies. But this story focuses on one woman’s
desperate struggle to survive.
Maria lives in a city plagued by chronic food and water shortages. Now
it is survival of the fittest and young people have the competitive advantage.
The controlling gang has made the brutal decision that non-essential
people over 50 years old must be rounded up, deported and killed. Maria
is trapped in her apartment with her husband Paul and their neighbor, Ewa.
Their last moments are a bitter competition for food and water. But Maria
refuses to give up. Maria plans her escape. She needs to see her son one last
time. And when she does – nothing is as she wished. 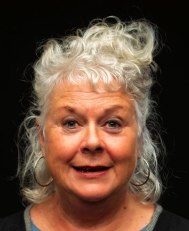 SUSIE DEE the director, has worked extensively in the theatre as a performer, devisor and director in Australia and overseas for the past thirty years. She has been the Artistic Director of three theatre companies: Melbourne Workers Theatre (MWT), Union House Theatre (UHT) and Institute Of Complex Entertainment (ICE), whose projects went on to win various awards and received many accolades for their ground-breaking site-specific work. In 2011, Susie was the recipient of the Australia Council residency at the Cité Internationale des Arts in Paris. She has directed works for MTC, Malthouse Theatre and many independent theatre companies and has been nominated for and won numerous awards. She directed Patricia Cornelius’ plays, SHIT and Love, both touring to
the 2019 Venice Biennale Theatre Festival. Susie most recently directed Anthem (Playhouse, Arts Centre) for the 2019 Melbourne International Arts Festival. 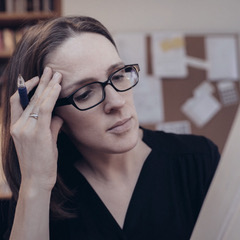 ANGELA BUCKINGHAM the writer, is currently writing a book for Five Mile Press and her latest play will be performed at the Cammerspiele in Leipzig Germany in October 2020 directed by the German director, Michaela Maxi Shultz. She is a graduate from the Victorian College of the Arts. Her literary work focuses on historical narratives, but also on fact-based dramatic texts that demand intensive research work. She has lived and worked in Berlin, Paris and Washington in the last ten years. During this time her writing was published by Aeon, The Wire, Elusive Magazine, Motherboard, Quartz Media and Vice. She also wrote and directed Paper Dolls for Marina Films, Aftershock for Pericles Films and wrote Challenges, Change and Faith for X-Ray Vision and The Last Great Amateurs for Apollo Films. 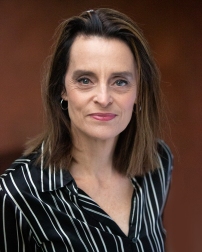 HELEN HOPKINS (Co-producer and performer) Helen is a co-founder of The Shift Theatre, a member of La Mama’s Committee of Management, a script writer, theatre producer and an actress with a long career in both film and theatre. Together with Carolyn Bock she has written, produced and performed in The Girls in Grey and Hallowed Ground- Women Doctors in War. Her theatre appearances include Melbourne, Adelaide, Dublin and Edinburgh Fringe Festivals. She has acted for Essential Theatre, The Australian Shakespeare Company and many La Mama productions. Helen appeared in the Green Room Award winning In Angel Gear and Green Room Award nominated ensemble for The Merry Wives of Windsor. 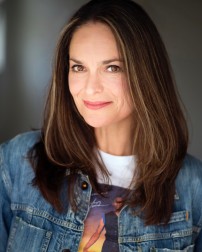 CAROLYN BOCK (Co-producer and performer) Co-Founder of The Shift Theatre, Carolyn is a graduate of The Victorian College of the Arts and her extensive performance career over 25 years has spanned dance and drama. As an actor Carolyn has many theatre, television and film credits with both independent and commercial productions. She has previously been nominated for a Green Room Award for her body of work as Female Performer in the Fringe. As a writer for The Shift Theatre she co-wrote The Girls In Grey, and Hallowed Ground-Women Doctors in War both enjoying touring throughout Australia and internationally. In addition to her career as a performer, Carolyn is the Associate Artistic Director of Rollercoaster Theatre for actors with intellectual disability, a coach and mentor for young actors and dancers, and works with children in rural areas devising performing arts experiences. 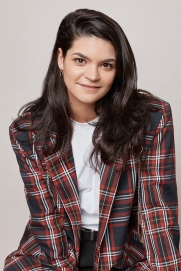 TAHLEE FEREDAY (Performer) Tahlee is a 2017 graduate of the Victorian College of the Arts. Before her studies she was based in Darwin, where she hosted The Breakfast Show with Tahlee on Larrakia Radio 94.5FM. Tahlee’s theatre credits include Astroman (Melbourne Theatre Company), Fallen (She Said Theatre), Love (Dee&Cornelius) which toured to the Venice Biennale after its Melbourne season and Blackie Blackie Brown (Malthouse Theatre). Tahlee will next be seen in Melbourne Theatre Company’s Slap Bang Kiss. As a First Nations and queer artist, Tahlee is an advocate for representation of minority voices on the mainstage. 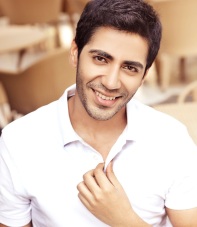 SAHIL SALUJA (Performer) Sahil has studied his craft in India, America and now, Australia, where he calls home. He plays Suresh in this year’s feature film The Merger, from director Mark Grentell. On stage, he was thrilled to play Anand in Bighouse Dreaming (directed by Mark Wilson), which won Best Performance at the 2018 Melbourne Fringe Festival. He was also recently in Lab Theatre Company’s production of North Poole and Elbow Room Theatre’s production of Prehistoric. Previous screen credits include playing Sam in ABC’s Jack Irish and on stage, he performed in Melbourne Talam – part of MTC’s 2017 Education Season, The Way Out for Red Stitch Actors’ Theatre; Emma’s House Special for Spare Productions and A Long Way Home for the MTC. In 2016, Sahil starred in his first major film production The Colour of Darkness which was written and directed by Girish Makwana and premiered at the 2016 Indian Film Festival Melbourne, and released Australia wide in May 2017. While growing up in India, Sahil trained as a Bollywood dancer and now regularly performs with Jalwa Dance Company in Melbourne. Additionally, he performed his stand-up comedy show The Late Night Show at Melbourne International Comedy Festival in 2015. 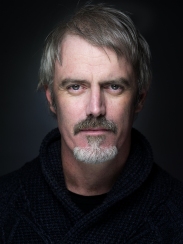 LEE MASON (Performer) has worked solidly in film, T.V and theatre for twenty plus years. He just completed directing his third film Junk Mail and can be seen in the current theatrical release Miss Fisher and the Crypt of Tears. He has won numerous awards for roles as diverse as Raskolnikov in Crime&Punishment to JR in Captain Cone. Other TV credits include-Underbelly Squizzy, Neighbours, City Homicide, Satisfaction, Magazine Wars. Feature Film-The Independent, The Death and Life of Otto Bloom, The Debt Collector, How do you know Chris? and The Unlit. Theatre- The Long Red Road, The Late Henry Moss, Reading Beckett,Glengarry Glen Ross, Girls in Grey, Heracles High 5, The Pigeon, Mojo and others. Lee also is an avid Painter and just appeared in his third Exhibition. 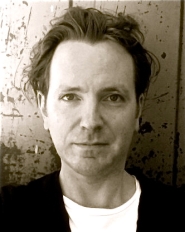